Recent research investigating what occurs at the interface of the uranium oxide fuel pellet and the surrounding cladding supports efforts to increase the burnup level of nuclear reactor fuel.

Both the US Nuclear Regulatory Commission and the International Atomic Energy Agency are aiming to increase burnup from 50 gigawatt-days per metric ton (GWd/MTU) of uranium to 75, if it can be done safely, as it decreases fuel costs, increases proliferation resistance and decreases the amount of fuel waste.

“We need to understand the impact of the formation of the PCBL on heat transfer through the fuel,” said Frost.

Frost, who was supervised by Dr Jessica Veliscek Carolan at ANSTO and Dr Patrick Burr at UNSW, used mathematical modelling and experimental characterisation to predict the thermal conductivity, heat capacity and thermal expansion in the pellet clad bond layer at a range of temperatures.

After completing the modelling, Frost synthesised samples of the material (U,Zr)O2, which makes up the pellet-clad bond layer, using ANSTO’s specialist laboratories for the handling of radioactive materials.

The models were validated using high-temperature x-ray diffraction techniques and inelastic neutron scattering on the Pelican instrument at the Australian Centre for Neutron Scattering.

Simulations predicted that between 300-500 K, the (U,Zr)O2 had lower thermal conductivity than the UO2 fuel. However, at higher temperatures, there were no significant differences between the bond layer and the fuel.

“Dillon has done a great job with this research for his PhD, which has been awarded subject to minor corrections. It is rare but extremely useful for a researcher to bridge both modelling and experimental work, and Dillon has demonstrated skills in both. ,” said Dr Jessica Veliscek Carolan.

“This work is important because a validated model to predict thermal properties such as heat capacity and thermal expansion can be used in updating fuel performance codes, used to ensure the safety of the fuel during reactor operation, and contributing to an increase in fuel burnup.”

This research is relevant for international nuclear power reactors.

The OPAL multipurpose reactor uses a different fuel and cladding and generates only 20 MW of heat. 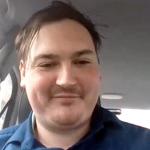 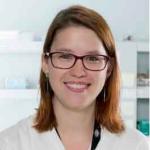 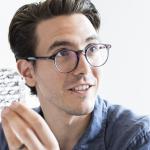 ANSTO researchers are investigating the key properties of nuclear waste and its long-term interaction with containment materials to improve safety for short and long-term storage.

The instrument is designed to measure inelastic neutron scattering, or do neutron spectroscopy.

ANSTO addresses key scientific questions in the nuclear fuel cycle for both the current generation of nuclear reactors and future systems.