ANSTO has contributed to research on a novel therapeutic option for combatting antimicrobial-resistant Gram-negative bacteria, known as superbugs.

Research led by Prof Jian Li from the Monash Biomedical Discovery Institute and Dr Hsin-Hui Shen from the Monash Department of Biomedical Engineering found an approach that could be an alternative when bacteria are resistant to the current 'last line of defence' antibiotic drugs.

The study published in Nature Communications by a large collaboration of Australian, Taiwanese and Chinese scientists addresses a global health threat brought about by the misuse and overuse of antimicrobials against pathogens.

Using a combination of techniques, the team found that using cubosomes (nanocarriers) loosely mixed with the antibiotic drug polymyxin showed promise in penetrating the impermeable outer membrane of the bacteria to reach the target.

In experiments, the cubosomes were tested as a vehicle to deliver the polymyxin, but the approach was less effective than the polymixture.

It is believed to be the first study to investigate bacterial killing using a polytherapy combination of antibiotic and nanoparticle carriers against Gram-negative pathogens.

Dr Anton Le Brun, an instrument scientist at ANSTO’s Australian Centre for Neutron Scattering and co-author, assisted with the analysis using the Platypus neutron reflectometer to probe what was occurring during the membrane interaction at the molecular level.

“This type of antibiotic is only effective against gram-negative bacteria because they target a specific molecule within the outer membrane,” said Dr Le Brun, who has a longstanding research collaboration studying antibiotics with Dr Shen.

However, some reports of polymyxin resistance have been reported globally, with few new antibiotics in development.

Measurements using Platypus suggested that polymyxin initially interacted with the outer leaflet of the outer membrane, destabilising the area. This activity allowed the cubosomes to contact the bilayer—causing more perturbations to the membrane.

“We fabricated an artificial surface that mimicked the properties of a bacterial cell surface,” explained Dr Le Brun.

When the drug was encapsulated in the cubosome, it was binding to the membrane but was not as effective in getting through the barrier.

In earlier work the team had discovered that cubosomes, liquid crystalline nanoparticles with properties that suit their use for drug delivery, had antimicrobial properties.

“For a long time, nanoparticles have been used as antimicrobial carriers,” said Dr Shen.

“We found that the use of nanoparticles-antibiotics combination therapy could reduce the dose intake in the human body and overcome multidrug resistance.” 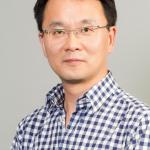 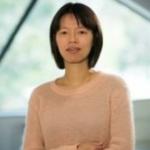 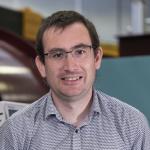 The Platypus instrument can be used to study all-manner of surface-science and interface problems, particularly related to magnetic recording materials and for polymer coatings, biosensors and artificial biological membranes.

The QUOKKA instrument provides the powerful technique of small-angle neutron scattering which can look at sizes and structures of objects on the nanoscale including soft matter.